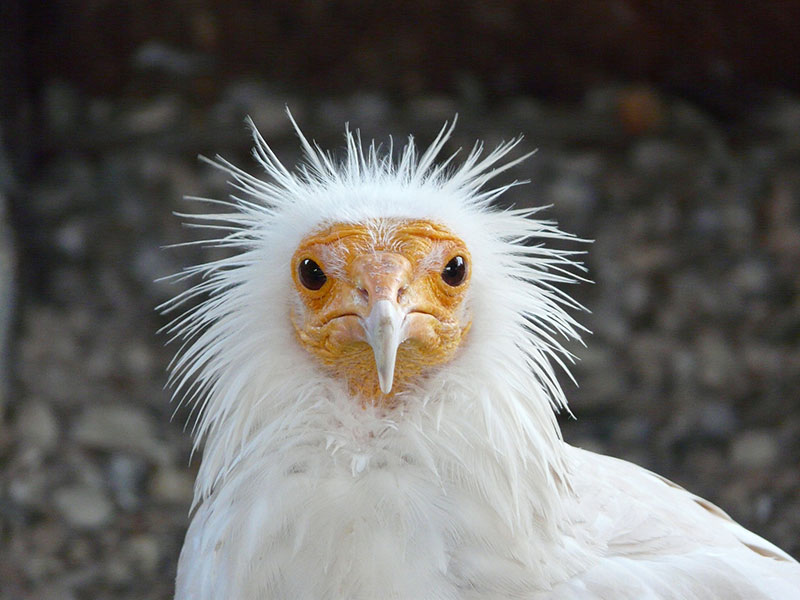 The Egyptian vulture is a bird which spends winter in sub-Saharan Africa and spring and summer in Spain, among other Mediterranean regions. They come here to breed and go back to Africa before cold weather comes.

While in Spain, they feed on dead animal flesh and are often seen, along with griffon and black vultures, wherever there is carrion.

Back in Africa, they usually feed on medium size eggs, which grab with beak and smash against a rock. Once it is open, they eat the insides.

But what happens when they come across an ostrich egg? There is no way they can pick this huge egg up with their beak!

Another clever solution in the world of birds

Instead of crashing the egg against something hard they look for a medium-sized rock and throw it to the egg, again and again, until it breaks. This is why they are also known as wise vultures. The nickname suits, indeed. There is an episode from the Spanish TV series “El hombre y la Tierra” (Man and Earth), by Félix Rodríguez de la Fuente, dedicated to the Egyptian vulture, in which we can learn many interesting facts about this species. Those who have already seen that episode should almost certainly remember Gaspar.

Birds fun facts. Eat as much as possible